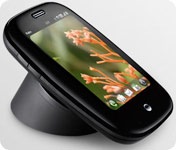 The San Francisco Gate has traditionally been a periodical quite supportive of Palm, having written some interesting pieces about Palm that showcased solid reporting and were not overly critical of the embattled smartphone maker. Now SFGate returns to Palm with a new editorial entitled, "New Palm Pre phone can be charged without wires", written by Ryan Kim, who in the past has frequently written about Palm for the Gate.

While the article does not reveal any revolutionary new information, it's encouraging to see a lengthy mention of Palm's new Touchstone accessory, as it has been a bit lost amidst the hoopla over WebOS and the Pre ever since the January CES unveiling.

RE: Missed this, huh?

RE: Missed this, huh?

Nor deserved. They aren't the first to suggest or sell an inductive charging device.

They might be the first to charge such an OUTRAGEOUS price.

The touchstone comes packaged in a kit or separate

Of course, unmentioned is that EACH Touchstone needs the Pre charger (see above comment threads) so, if you want the utility implied by having multiple Touchstones, you need to buy extra chargers for each extra Touchstone.

RE: The touchstone comes packaged in a kit or separate

it would be nice for an office desk... Since I don't have one of those, I will have a car charger for my semi...

My phone has two big metal contacts at the bottom that connect to a drop-in charger. It's cheap, simple, and charges quickly. What's the advantage of the Touchstone?

RE: drop in charger

tompi wrote:
My phone has two big metal contacts at the bottom that connect to a drop-in charger. It's cheap, simple, and charges quickly. What's the advantage of the Touchstone?

Seriously, I can't imagine paying $70 for this thing. But some people will. They are going after the kind of people who pay top dollar for form over function.

RE: drop in charger

Just a gimmick, but probably one Palm could use about now. Can you imagine how many folks will go ''WOW'', even tho it's effectively worthless.

Yes, a drop in charger or maybe such a radical idea as a cradle would work as good for a lot less I'm thinkin'.

There are indications of collab with Mojo Mobility...

Based on "guts" image/s shown, based on services, location, mission, business model, etc. Mojo looks like a great fit to be providing the technology to Palm.

Picture(s) have already been published showing the inside of the back Touchstone-charging cover of the Pre.

Precisely -- looks very much like the obverse side of the left hand pc board here: http://www.yugatech.com/blog/wp-content/uploads/2008/11/wireless-charger.jpg
__
Mike Compeau
http://redzenmarketing.posterous.com
Twitter: mikecompeau