SanDisk has again confirmed the delay of drivers for the SD Wi-Fi card for Palm OS 5. The company originally promised to release the 802.11b SDIO wireless card in the Spring. This marks the fourth time the drivers have been postponed. 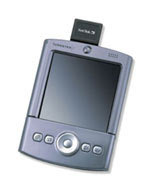 The card was first announced in January and said it would become available in March. In late May, SanDisk pushed the release back until the fall. In August the company released the card, but only with drivers for Windows Mobile devices. Earlier this month, the date was delayed until December.

Just recently the company completely removed any reference to Palm OS drivers from their website. The section used to show a Tungsten model with a SD Wi-Fi card, and listed an approximate release date. A new report on the Register confirms yet another delay, now until the ambiguous Q1 2004 timeframe. The company is quoting "a number of technical and non-technical reasons" for the delay.

Palm OS 5 only
The card was also originally announced that it would be compatible with Palm OS 4 devices and higher. However, SanDisk discontinued plans to develop and OS 4 driver and announced they would only release drivers for Palm OS 5.

Thanks to madmaxmedia for the tip.

I know; its a conspiracy theory but it makes sense.

Since when did ScamDisk ever have credibility with Palm owners? First they make SD cards that don't play well with OS5 devices, then they seem much more succeptible than other brands to being fried, and during all this they welch on their committment to making a WiFi SDIO card.

Sooo... when DID they have credibility?

This wouldn't make sense. If you are Palm, you have to WANT to see this product work. How many sales are lost each day to PPC's because of the lack of Wi-Fi support?

"I wouldn't blame it all on Sandisk. Palm may be exerting pressure on Sandisk to delay the drivers until enough T|Cs are sold or after the T|X with BT AND WiFi is released.

I know; its a conspiracy theory but it makes sense."

Actually, NO, it doesn't make sense. If Sandisk needs help on the drivers then would/should consult w/ Palmsource. The T|C & T|X are from PalmOne a separate entity. (& yes i know that that separation is fairly recent, but they were working to separate for quite a while) Plus it is in Palmsources' best interest to get the Wi-Fi drivers going so people will buy more that just PalmOne's devices & if so then there is a great need for developer which again helps Palmsource. So, at least to me, the conspiracy theory isn't credible. (plus if it were, that would be collusion which is illegal last time i checked)

I'm frustrated by SanDisk (& to a certain degree PalmSource). Somebody really needs to step up, it be nice if Toshiba (Not a PalmOS player, but an SD one) or Panasonic (SD) would do what can't be done. Hey Samsung, please help out !!!

I'm sure there are technical issues, but it seems far fetched that OS5 can't handle (or handle well) Wi-Fi & OS4 can. Especially if there are now OS5 Smartphones.

& as far as SanDisk, despite their lackluster image, i think they need to put the appropiate resources to it. I think by missing Wi-Fi on PalmOS they are missing out on a lot. From the boards it sounds like a lot of businesses have PalmOS devices in use & having a Wi-Fi card for PalmOS would make them much more valuable ! (plus i could surf @ starbucks ;-) )

When the chips are down, the buffalo is empty.

Just wanted to add that if they put out a buggy product, people would bitch about AND SanDisk would have to do tech $upport. By not putting out the product, SanDisk is settling for people just bitching about it :-P

With SanDisk, this can apply very well. They are a high-volume, low margin hardware outfits. Classically, software development is viewed as a "magic box" that is not questions and very little apprecation of what goes into making firmware work.

My guess is they screwed up the software development by going with the lowest bidder and, most of all, never read "The Mythical Man Month." If you don't know what that book is, read it of you want to flourish in this business.

So much for Palm cheerleader having hope that tungsten will 'soon' have WIFi capability.

And your factual backing is...?

I think making these drivers for OS 5 is almost useless, now. I'm looking ahead with much anticipation towards OS 6. Will they need new drivers after that? Will it take until OS 7 to get drivers for OS 6?

For some reason, I find it very hard to believe they are having problems developing a driver for the Wifi SDIO to work. Didn't mikecane post an email response he received admitting they were influenced by Microsoft first and foremost for the drivers?

Here is the entire email transcript between myself and the Sandisk rep:

Q: Is there any particular reason having to do with
PalmOS that required more development time? Or was
the dev team simply tasked with Pocket PC development
first? And is the December date firm?

A: Yes, yes and hopefully yes."

WiFi on other Palm OS devices...

Marshall Flinkman @ 11/26/2003 5:19:50 PM #
The Tungsten C has it too... plus all the other devices that have WiFi expandability options (clamshell Clie line, Handera 330/TRGPro, any Handspring Visor, Palm's sled, Enfora case...) why is it so much harder to put it on an SD card? If someone can put GPS on one, for crying out loud, why hasn't someone beaten SanDisk to the punch here?

Nevermind that Palm used SDIO-enabled SD Card slots in their devices first -- aside from Panasonic and Toshiba, they were probably one of the first OEM's to announce support for it!

Nevermind that there are probably more more SDIO-capable Palms out there than PocketPC's. We're talking a potential market of tens of thousand$$, maybe even hundreds of thousand$$.

RE: What total schmucks!

I keep remember my comment from a while back where I said something to the effect of: "if there's ever been example of a company continuing to make money despite itself, it's Sandisk". The company seems to be spinning in circles, kept afloat by their massive retail/B&M presence. The only thing that their products have going for them are low prices (which is due to using cheap components & controllers on their SD cards), wide availability, and good customer service (which would not be an issue if their cards were actually reliable!)

RE: What total schmucks!

JonathanChoo @ 11/26/2003 11:06:13 AM #
Thats what you get when you buy cheap stuff. Slow. However I just got hold of another Sandisk card and it works fine on my T3. Very slow when compared to my Panasonic 256Mb. But it was £20 cheaper. Now I use the Panasonic card for videos, backup and main programs stuff and the Sandisk for my e-books, audio files and other read-only stuffs.

RhinoSteve @ 11/26/2003 1:23:13 AM #
Nope, they totally screwed up on outsourcing the driver development. My guess is there is a working driver overseas with an gray zone extortion on releaseing it. Another lesson to keep you cutting edge development local.

I guess M$ is either bribed SanDisk or warned them .
Damn M$ sucks a$$.

Konstantin @ 11/27/2003 3:05:14 PM #
I bet it has nothing, zip , zilch ,zero , cero, null to do with outsourcing. How many time to write a WiFi drive. How much have they been doin this *delayed* bool shee it?
It is a press game they are playing, nothing else.
There is alot of M$ influence that people can see. Their anticompetitiveness have no limits.
M$ will try to choke any decent competitor and simply steal other's IP.

vesther @ 12/3/2003 9:01:41 PM #
I don't think that current sanctions against Microsoft is working and that M$ has to be placed under economic sanctions as well IMO.

Posted in the PIC Forums on the 20th

A post regarding this same Register article was made in the Wi-Fi forum 5 days ago:

Makes you wonder doesn't it? Maybe SDio specs
has the processing offloaded to the cpu. I mean
sd bluetooth has been out for a while, but it is
a slower beast.

Anyway, you'll also recall a similar situation (that no one is really complaining over) about the total lack of OS5 drivers for the Palm BT card. Additionally, we were teased many months ago with the "new" shorter/less power hungry BT card from Toshiba. That has also failed to materialize. Too much vaporware and fading commitment from peripheral manufacturers is really starting to make me worry that the entire PDA/handheld market is in danger of capdizing as the mass market jumps ship to day-glow cellphones with built in novelty cameras...

mikecane @ 11/25/2003 7:20:56 PM #
The only complaint I've heard about the Enfora Wireless Portfolio is that owners wish the UC connection was a bit tighter.

And the keyboard shortcut for changing landscape screen orientation is:

I had no idea that Enfora was so small. I'm against velcro in anmy fashion, so I'd most likely leave the T3 loose in the case, but that's a small price to pay for wifi and case in one package.

twocents @ 11/26/2003 1:54:51 PM #
Another nice plus to consider is the rechargeable power source on the Enfora. No worries about additional drain on the palm batteries (especially when using a T3). :)

And, where are the Palm BT card drivers for PalmOS5 ?

It can be of 2 reasons:
1) Lack of market.
2) Technical difficulty in writing SDIO communication drivers for PalmOS5.

This doesnt bode well to PalmOne/Source and to the PDA market in general.

RE: And, where are the Palm BT card drivers for PalmOS5 ?

RE: And, where are the Palm BT card drivers for PalmOS5 ?

Furthermore, Sony is a much bigger company than SanDisk and Sony has a big stake in making the MS/Palm combo a success. I suspect that SanDisk doesn't view support for a WiFi SDIO card for Palm as a high priority.

Apparently there's a third company involved here, that has some intellectual property that they are being very difficult about licensing. I don't know who the company is, I should have written it down (starts with a 'c,' I remember). Anyway, apparently there are several companies, including palm itself, who are waiting on this IP in order to release a wifi SD card. SanDisk is taking flak because they were the only company who thought that the licensing would be easy, and so they started talking about the card. The other companies are still being hush-hush, because they don't see a light at the end of the tunnel.

So, perhaps this isn't entirely SD's fault... except that they started creating the hype too early, and now it's peaked out and Enfora is looking better every day.

Enfora is nice but the Guyver (I believe) is a better proposal especially if you already own a WiFi or GSM PC card.

Well atleast I am not a WiFi user. I don't like being tied down to a hotspot in order to access my e-mail. That is why I believe Bluetooth with a mobile GPRS access is the way to go.

Not, however, if you're using a T|C or T|T3. It's not currently compatible, and the manufacturer shows no enthusiasm for making it so.