PalmSource has announced it has officially opened nominations for the 2005 US Powered Up Awards that will be given at the PalmSource Mobile Summit & DevCon May 24-26, 2005 at the Fairmont Hotel in San Jose, CA. PalmSource also announced the kick-off of its New & Notables program, an opportunity for developers to showcase new Palm OS applications.
Read the Full Article Text Here

You get to go to the PaSoMoSuAwDevCon! Awesome!

Pull out your Treos!

Those of you who are going, do us all a favor and snap pics of these PS people so we have faces to go with their names. (Some of them will make nice dartboards!) And SOMEONE get a picture of hackbod, OK? (VoR: S T F G D H U!)

but not too much.... She looks about as geeky as one expects a female OS programmer to look.

2) That photo of DK must be at least three years old. She dyed her hair a couple years ago.

3) Everything looks better... in LEATHER! I'll sell you a vidcap from one of the Girls' Night OUT parties for $100. But you have to beg for it. Beg for it, Biotch!

4) Most programmers look hideous - that's why they're computer programmers.

Some pictures of PalmSource people (and assorted developers) from Munich 2004 Euro DevCon:

Is that "Nero" Nagel playing the fiddle in the third photo?

Is this Dianne too? 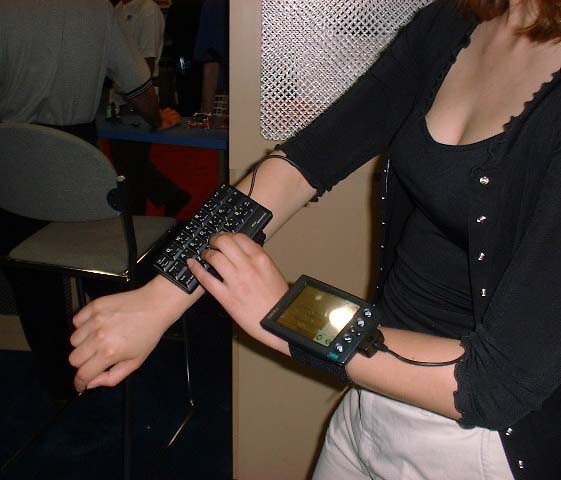 And what would YOU know about friends? BTW, how are the two kids doing back in Michigan? Are they reading that "Heather Has Two Mommies" book yet? Oh, right -- they'd first need to read "WTF Has Happened to Daddy?!!?"

Re: Is this Dianne too?

Nope. Too much cleavage. (Unless there's a push-up lurking under the sweater.)

Don't go overboard with *your* cleavage. But then, you do like to draw attention to your mincing self...