Sony Announces the TG50 and SJ22

Sony has officially introduced the CLIÉ TG50 and SJ22 handhelds for the US. The TG50 runs Palm OS 5 and includes an integrated, backlit thumb keyboard and Bluetooth, while the SJ22 is a low cost, $200 model with a high res color screen. Additionally, Sony has announced limited edition color SJ33's.

PEG-TG50
The PEG-TG50 runs Palm OS 5.0. It is powered by the 200mhz Intel PXA250 XScale CPU and has 16MB of RAM. It has a 16 bit, 320x320 pixel display. It also has an integrated Bluetooth, an enhanced IR port, voice recorder, memory stick expansion and mp3 audio. It is powered by a rechargeable lithium ion battery 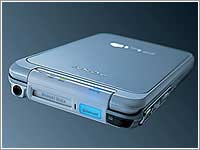 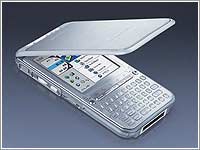 It has the standard QWERTY key layout and makes typing in low- or no-light conditions possible with an integrated backlight. The device can also be upgraded via software download (details available soon) to access the new Memory Stick PRO format cards that will be available later this month in capacities up to 1GB.

The PEG-TG50 retails for $399 USD and will be available later this month. It can be pre-ordered now from SonyStyle.com.

PEG SJ22
The PEG-SJ22 has a 320x320, 65k color screen, 16MB of RAM and a Lithium-ion battery. it runs Palm OS version 4.1 and uses a 33mhz dragonball VZ. It also has a memory stick expansion slot, jog dial and back button and a standard IrDA port.

The unit comes with the standard set of Sony Palm OS 4 applications and also includes Kinoma v1.1 for movie playback. The unit does not have built in mp3 capabilities, but can use a separate audio adapter. Sony rates the battery life at 12 days, based on 30 minutes of use per day with the backlight off.

The PEG-SJ22 retails for $199 USD and will be available later this month.

I wonder why the sony tg50 is for 399 vs. Tungsten was introduced at 499....could this be the proof of the differences between palm and sony's marketing stratagies ?

I wonder how long?

killah fury @ 3/10/2003 1:10:41 PM #
I'm not sure if having more than 16mb is necessary really at this stage. I've got a T665C at the moment (may buy a TG-50 in Japan next month though) and consider myself a "power user". I have 16 channels or so on AvantGo, Vindigo (London) with all options+extras, quite a few games and loads of other apps + ebooks etc and I still have 2mb free. I've never really wanted more memory (especially as AudioPlayer only plays music from Memory Stick).

For PC's DRAM seems to get cheaper per bit on average every year, even if you include the electricity bill to power the RAM. More memory at a lower cost is a "no-brainer". For handhelds, DRAM does not get cheaper as fast if you include the price of a higher power density battery which the extra DRAM requires. Using SRAM without battery powered refresh is possible; but SRAM is a lot more expensive.

kidA @ 3/11/2003 2:55:31 AM #
yeah, guitarchick, all the new sony OS 5 devices are advertised as 16 MB but all have more along the lines of 11 available to the user. the other 5 is reserved for the OS to execute and some other things. it's necessary to have execution space, but the tungsten still has 14 MB available. 11 MB is not much more than the 8 MB we used to feel so limited by on old OS 3 and 4 machines!

Thanks for the info!

useybird @ 3/11/2003 2:38:45 PM #
The way the Palm OS works is with XIP (Execute in place) in its file system. Palms don't need extra space for running programs, it uses the space it takes up for running it. This is why a PPC take up to 24MB to run a program because PPC's use other parts of memory to run it. Sony is just ripping people off. If they say 4MB is for programs and OS, why don't they keep it in ROM so they won't lose the OS when the battery dies?

Tungsten @ 3/10/2003 12:16:53 PM #
I couldn't agree more. People forget that a low MSRP is the moving force in the market. If you got your T|T for $280 on half.com - good for you. The money you saved is spent on time and shipping fees. But there's still a certain convenience about brick & mortar retail stores which can't be beat. From now on, the SJ22 is the entry-level PDA I'd recommend to everyone. Good job, Sony!

orol @ 3/10/2003 2:57:40 PM #
afaif sj-33 doesn't come with the enhanced IR and thus remote control feature ..
docs2go is another thing ..
however, since there is quickoffice premier out that is at least good reader of native ms-office docs, it's imho better to buy a sj22 for 199bucks and then spent 60 more on QO premier ... and you still save 40 bucks and have kinda better office suite for palm os ..

I looked it up and your right friend. Thanks for the clarification :-)

As far as the Quick Office solution, (I don't want to stray ro far from the topic) Let's just say, I hope Wordsmith comes out with the native MS Word viewing (and hopefully, even editing) feature :-)

carioca76 @ 3/10/2003 11:21:37 AM #
what happened to dataviz?
Anybody know anything about this software? I tried to research it & am unsure as to if it is view only or if I can view, modify, & sync back my modifications to my desktop pc.
This is what I love about dataviz. I can view an excel spreadsheet or word doc, make changes on my pda, sync, & the changes I made are on my desktop pc & my pda now.
dataviz used to be view only ... I'd hate to go backwards now ...

That's better than the 5+ megs required by TextMaker for PPC, but then at least then you can create and edit.

PS. Textmaker is not a viewer. It would be 15+ MB if there is ever a textmaker for Palm. :-) Clearvue is a viewer however and it's half the size of picsel: http://www.westtek.com/clearvue.htm. And they both can be installed in external storage.

baccarat @ 4/14/2003 5:47:08 PM #
Has anyone had a problem installing this software. I have tried several times and It does not work, the items are listed but the application is labeled picsel viewer core and its only 178k. I even cleared up 6MB of memory in my Clie and nothing happens, as I was having a similar problem installing Netfront and clearing the RAM fixed it. I appreciate your help.

I'm UK based and am travelling to Japan next month and am toying with the idea of buying the TG-50 (I can save loads of money this way)... It looks like a mighty fine machine (thogh I, like many others would still prefer a virtual graffiti machine as opposed to the thumb keyboard)

I've got the new Sony DSC-FX77 bluetooth digital still camera - i'd love to get these two working together! ;-)

However these are the setbacks:
* Some Palm third party apps have fat resources so when the app starts, it will recognized the version of OS it is on and then use those resources. You may not be able to force the app to switch to English running a Japanese OS device.
* The available memory will be smaller. The Japeanse Palm OS release is more due to Japanese language support.
* Your charging cradle will be for a Japanease 110V wall interface instead of the big-ass 220V power outlets you see all over the UK. Thus you will also need a power adapter ro recharge.

If you want to put up with that since it is cheaper, that is the trade off.

elo @ 3/10/2003 1:36:01 PM #
I have always wondered why devices like this use a QWERTY keyboard arrangement, which was designed expressly for ten finger use, instead of an arrangement such as the FITALY. Sony would have to license FITALY, of course, but it would certainly not be tremendously expensive to do and would offer us a *much* more logical arrangement of keys.

If this device had a FITALY keyboard, I'd buy it.

alanh @ 3/10/2003 2:54:47 PM #
Fitaly is designed for one finger typing. These thumbboards are two finger typing. What I wonder is why hasn't anyone come up with a keyboard optimized for two thumbs....

EdH @ 3/10/2003 4:43:16 PM #
Wouldn't matter. No one would use it. There is a keyboard optimized for 10keys and no one uses it either. The currenet QWERTY was arranged to slow people down in the early 1900s. They were getting too fast on the original keyboards and the mechanical gears and levers were jamming. Not an issue with newer mechanical typewriters like the IBM seletrix and PC keyboards, yet QWERTY still rules. As much as I like FITALY, you make that *THE* input option on a device, especially a physical keyboard, and the device won't sell at all.

BTW, someone did a FITALY test with two styluses and was faster than with one. So it is optimized for single stylus input but dual appears to be even faster.