3-Lib and its proprietor, Steve Litchfield, has created a new video series about smartphones. The show covers all software platforms and is currently free to download or watch on the Internet. More... 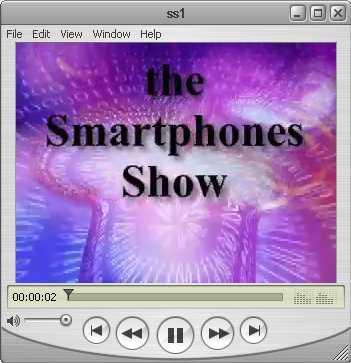 Each 20 minute programme is distributed as a Quicktime video (at quarter VGA resolution) that's been designed and encoded to have as wide an audience as possible, including all Windows PCs, all Macs, video iPods and even the most recent smartphones themselves.

Smartphones Show programmes will include introductions to various aspects of the smartphone scene, plus hardware reviews and 'how to' material, covering Symbian OS, Windows Mobile and Palm OS-based phones. Each programme will also feature at least one guest reviewer, a well known person in the mobile industry. Show 2 features a video review of the Palm Treo 650.

Steve commented "I've been inspired by the content from existing broadcast TV shows such as the UK's Gadget Show. But where a broadcast show would only be able to spend a few minutes on smartphones, I felt that with most people now on broadband at home or work, there was no reason not to start an Internet-based show of my own. Video delivery over broadband has been here for some months now, it's just that most of the traditional media haven't woken up to the possibilities yet. With the Smartphones Show, I'm able to cover hardware and software within hours of release."

While neither a 'blog' or a 'video log', the Smartphones Show has many of the same immediacy benefits and aims to put out a new programme every fortnight.