Softick has released not one but two updates for their popular Palm OS A2DP solution, Audio Gateway. New tin the latest 1.14 version is improved call handling on the Treo 755p, AVRCP support for MotionApps' mOcean, Motorola S9 compatibility and a revised Bluetooth connection sequence. There are also a few bug fixes, including a patch for a nasty conflict with Versamail's Auto Sync. 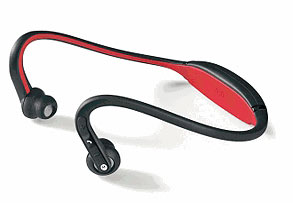 The main beneficiary of the improvements made to SAG 1.13 and 1.14 is the CDMA Treo 755p on Sprint as Softick claims two improvements to that devices call handling within the app. Softick have also announced support for the updated 1.10 ROM version of the Sprint 700p as well. In addition to the above device-specific tweaks, Softick has also added remote control support for the mOcean audio player from Motion Apps (review here).

The remaining changes made to version 1.13 of SAG are primarily bug fixes and stability improvements but support for the sleek Motorola S9 Bluetooth Stereo headphones has been added as well.

Any noticable improvements on your 680 as far as the new version's sound quality etc?