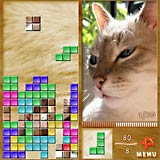 I wonder how these software authors feel about being thrown under the bus by Palm who is now just taking people's money and not putting anything back into R&D.

i know i'm just holding my breath, but i cant wait till they release the maintanence update for the treo 700p.

Release of Palm 700p update in early to mid-Apri, release of Vista-compliant Palm Desktop in late April, announcement of next Treo in mid-May, general retail availability in late May to early June.