Does the Mexican Palm Pre Have a microSD Slot?

Updated: (Palm refuses to deny, gives the standard line: "It is Palm's policy not to comment on rumors or speculation.") Nothing like a bit of controversy to brighten up your day. The Internets are all in a flurry over a pair of recent YouTube videos that show a GSM Palm Pre being operated south of the border. Mexico has yet to see an official announcement regarding a Palm Pre carrier and if you are to believe the latest scuttlebut, it may just debut on the Telcel network with a microSD slot.

Back when Palm were discussing the then-unreleased Pre on Facebook, product manager Matt Crowley gave this reason for the lack of removable SD storage:

Design' was the highest goal... The decision to include or not include expandable storage is an easy one when design is the highest priority. The physical size of the device would have been compromised if we added another physical component to Pre. Just a millimeter can seriously impact the curvature of the design in a way that minimizes the design intent.

Now, though, Engadget has posted a video from Mexico of the Pre in the hands of an (apparently) authoritive gadget blogger, who claims that the Mexican Pre will have a microSD slot. Staring intently at the video with my electron microscope, I think it's hogwash. What do you think? A screenshot is posted after the break, as the video now appears to have been taken down from YouTube by the original uploader. 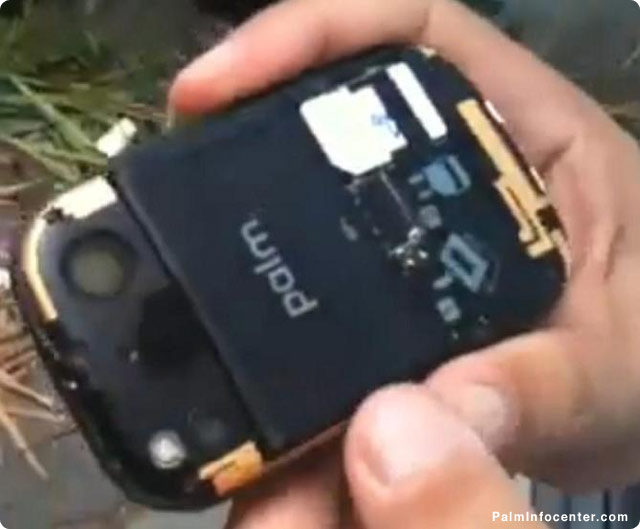 Related Articles...
More articles about Rumors
Does the Mexican Palm Pre Have a microSD Slot? http://www.palminfocenter.com/news/9943/does-the-mexican-palm-pre-have-a-microsd-slot/

Too blurry to tell, but looks more like a SIM card slot to me.

I can't imagine how it could have a micro-SD slot. It would amount to a redesign of the Pre, and they're not going to do that until they're ready to put the next model out. You don't sell the same model with different sets of specs in an area like that. I mean, CDMA vs GSM I could understand, but to my knowledge, that doesn't change the dimensions of your phone. Adding a micro-SD card would. (It might not be a huge difference, but any difference at all is going to require different manufacturing specs, different packaging -- hell, even different literature, insofar as the documentation talks about things like size and weight.

Interesting rumor, but in the end, highly unlikely.

In the video, the guys mention a micro-SD card, but point to the SIM card when they say this. Just a bit of confusion on their part at the time. Sadly, not a micro-SD slot.... we can only keep dreaming for a while longer.