Next webOS Update To Focus On Speed? 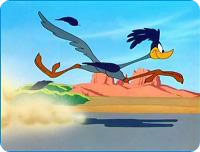 Ajaxian, the web development blog founded by Palm's heads of Developer Relations, Dion Almaer and Ben Galbraith, has caused quite a flutter in the online Palm community today, with a fresh post covering a recent webOS talk in London that the dynamic duo hosted in conjuction with O2 Litmus.

A number of interesting bits and pieces are contained within, but the one that has really set hearts racing is a quote from Dion that acknowledges webOS' current issues with "UI latency" - i.e. the dreaded tapping and dragging lag that afflicts many apps. Quoth the raven:


On ease of use, multitasking has been great; UI latency is still an issue even though the hardware is comparable to [iPhone] 3GS. The problem is the path to the GPU didn't exist, but now with CSS transforms, that will be solved in the immediate future

So what does that mean in layman-speak? That Palm are finally going to be putting the Pre's criminally under-utilized GPU to work, that's what, and those odd delays and stutters when scrolling through lists will finally be a thing of the past. What's more, one would expect that with the CPU no longer needing to shoulder the burden of UI animations, webOS' overall performance is going to receive a much-needed boost. Fingers crossed that we'll see this in the soon-to-be-released webOS 1.3.

There were plenty of other interesting things to pick over, too. For instance, OpenGL support is definitely on the way:

Palm wants to sell phones, not proprietary APIs, so it's involved with BONDI and W3C widgets standardisation efforts. One of the things they need to know from us (the developer community) "Palm pays us, but they didn't pay us enough to sell out"; Ben and Dion are developers and they're not going to tell other developers use "our funny proprietary API, you'll love it". However, they can't say when all this will happen, as they're evolving the platform pragmatically and they feel other things might have more immediate impact, e.g. OpenGL support.

Options are also coming for developers to protect their code with Javascript obfuscation:

Ben and Dion anticipate that developers will probably be able to opt in to Javascript obfuscation (or some other form of obfuscation). As Dion explains, View Source has been really important on the web, so there's a tension and it's likely multiple options will be available.

Be sure to check out the full blog at Ajaxian.

One of the points being missed...

...by most of the Me-Too Media articles about this is that Palm released the Pre WITH a GPU chip that was NOT software connected!

Think they might have rushed the release a little?

It'll be interesting to see how fast they develop those CSS transform hooks and what effect it will have on battery use.

This is something they should have had in place day 1.

Well, Palm awhile back (this year) did try to hire "graphics API developers" that was mostly reported as if those hires were to develop APIs for external developer use. Maybe those were ALSO for internal use.

Since GPUs tend to move electrons around a LOT when they're actually being used, I would expect (without ANY other information than that) that the battery life is going to take a hit when Palm starts using an otherwise idling GPU unit in addition to the CPU (since the CPU is going to get used ANYWAY).

Yup, and I bet that somewhere deep inside Palm's kernal engineering group is a fix that can't work with another groups kernal modifications.

The fact that it was mentioned means, of course,...

...it is something brought to Palm's attention both over and over and, probably, by some key Big Guy Developers.

The need for code obfuscation.