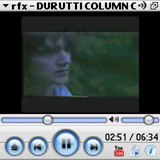 CoreCodec has released a new update to its massively popular CorePlayer Mobile multimedia software for Palm OS. CorePlayer v1.2.3 brings a large number of new features and all around improvements. The main new features include YouTube video support and a native YouTube browser, the addition of a number of new streaming audio and video formats, Google GData support, multi-language support, optimized AVC playback and AVCHD support.

CorePlayer Mobile for Palm OS v1.2.3 is available now for $29.95. It is currently reduced to $24.95 for a limited time. You can read our review of an earlier version here. It is also available for Windows Mobile Professional and Smartphone.

In addition to the usual bugfixes and tweaks, there has been a series of improvements to the Bluetooth stereo functionality, rss and podcast features and other UI and skin updates. You can find a full list of updates and changes here.

That is outdated information. I can confirm the new version does indeed include YouTube Support.

The new version has a YouTube button, that opens up a YouTube browser within CorePlayer, which lets you browse and launch videos.

I've updated the screenshot above to show a video being streamed via youtube taken on a Centro.

Is the YouTube support also for the TX? I tried it and it doesn't do anything.

When I try any of the search options, such as Most Viewed, The screen goes white and for a split second there is a search indicator and then just a white screen.

Youtube works for me. It's a bit slow to respond and the ditigizer becomes a bit unresponsive as well - it might be a little buggy - but it works.

Kinoma came on my Centro, so that's what I've been using. It seems to handle YouTube okay (although it redirects to the mobile YouTube site).

So has anyone else tried this on a TX. Would be interested to know if I'm the only one having problems or not.

I was using it on my TX all afternoon today. Youtube worked but it was slow to load at times. Sometimes it would load Youtube videos quickly and ran them perfectly. Sometimes it took forever to load and all I saw was a black screen with that little spinning circle of spikes. The bottom line? Youtube works slowly and I think that there might be a bug which is causing Coreplayer to saturate a given network. Twice I've had to reset my router after trying to use Coreplayer to view Youtube videos. Now that might just be a coincidence but it smells like a bug to me.

OK, I've finally figured out my problem with the TX. In CorePlayers settings the Enable Network was unchecked, don't ask me why it would be unchecked to begin with. Once I checked it the YouTube worked fine. I also installed this on a Sony Clie UX50 and it worked fine without having to adjust any settings.

If I've got a .FLV file on my SD card, will CorePlayer be able to play it?

NUTS!
It did NOT when I tried it on a 755P moments ago.
It refused to show an FLV file in the list of files to pick from.
Forcing an association did not seem to work either.

Why are you bothering with FLVs? You can get YouTube vids as higher-quality MP4 now:

For some reason, this didn't work for me. It downloaded the audio fine, but no video.

Actually, I take that back. It works in the QuickTime player. :) Thanks!

CorePlayer is the first media player to feature Configurable YouTube quality control.... You control the bandwidth and quality that your platform can handle. From Low, Medium, to High quality (H.264) streams.

Now, do we support FLV? In our public version no, but we do internally fo testing purposes and our OEM customers but we have no plans to release it to the public because the Adobe's license prohibts this.

I would like to thank you very much for posting.
It is almost always nice to hear from vendors. It shows their active interest in their customers and their customers concerns.

And, yes, I am a customer. My initial interest in CorePlayer was based on their roots in the highly functional freeware player, and in their strong public image during the active development of that player.

I have to say, it boggles the mind that Adobe wants to BLOCK use/development of players for their codecs.

With competing technologies being promoted heavily, it seems utterly ridiculous that Adobe would want to throw roadblocks in the way of continuing to spreading Flash video players as far and wide as possible.

They have done a pretty good job so far in leading this market area, but there are corporate players with Very Deep pockets that are actively hunting this very landscape.

Sitting on one's laurels is never wise for long in a tech business.

I would love to hear Adobe's rationalization of this policy. Unfortunately, I would be astonished to hear a response from them.

On The Other Hand:

A competitor of yours (the one the begins with a "K") claims support of FLV. Their website has a FAQ page devoted to describing their support for the most common of FLV encoding formats.

You have the code working within your development group to support FLV file playback.

But you claim you can't release it because Adobe supposedly doesn't want you to.

And one of your major competitors does support FLV playback, be it streamed or from a file.

The only thing I can think of that I did not mention is the inability/reluctance of Palm Inc to secure support for Adobe Flash across the board in their products. But that is likely to lead us to one or more well worn paths...

HEY! Someone at Adobe's marketing has woken up! Welcome back to the fight.
Just saw this today:

Wonder how long it will take to translate into a NEW update to CorePlayer Mobile for Palm, one having local FLV/F4V file playback???

I've just bought this version of coreplayer, after being a long term fan of TCpMP. I'm trying to get stream video from VLC across my LAN to the Coreplayer on a palm TX. (Hopefully to be a quite cool baby monitor "solution")

I'm not having much luck! Is there a failsafe:
a) streaming method (rtp/http/udp or whatever)
b) packaging thingy (e.g mp4 / ogg etc)
c) codec combination ( video/audio)

I've tried all sorts of combinations, but no luck yet.

The list of new features is very impressive, and in general, it seems like a really useful bit of software however the complete lack of any decent manual or guide is less impressive!

Can anyone help out?
Cheers

Version 1.2.4 has now been released across the board for most, if not all, CoreCodec supported mobile platforms.

A major update is...

It may even play F4V files, but I have none at the moment to experiment with.

CoreCodec's announcement of a planned update was issued just hours after my previous post here.
After a few days to iron out some last minute QC issues, they have released it.

And it is working fairly well so far on several FLV files I had already on my 755p's 4GB card.

One that I did not get to work correctly at first was the audio portion for Tay Zonday's "Internet Dream" (I know, I know - some folks think that might be a really good thing.) The sound was a buzzing.
But I did get it to play fine after I hit the rewind button after a few seconds of play.

RE: ANOTHER CorePlayer Mobile for Palm OS Update!

news about this update has been posted here: