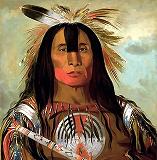 If you were a gambling man (or lady), and you were to bet against Palm preparing to announce native game development options for their Linux-based webOS, then your correspondent reckons you would soon be a very broke gambling man (or lady). The discovery of SDL's inclusion in webOS 1.3.5 really should have been enough evidence for you that something big was brewing, but destinal and Rod Whitby's (of WebOS Internals) latest discovery is proof positive: webOS 1.3.5 also includes a method for launching native Linux applications without any of the Upstart hackery we reported on yesterday.

How's it done? Rather simply, actually. All a developer needs to do is install the application's files and include a webOS-standard appinfo.json file, which tells webOS everything about a particular app. By setting the type to "game" and pointing to a binary executable (rather than the usual index.html a typical webOS app is based around) webOS 1.3.5 will happily throw your new native, SDL-based Linux program into a card, ready to do your bidding.

So there you have it. Fully-integrated native apps on webOS are a go - and within seven months of launch, we might add. (For the record, the iPhone took a year to get there and Android nearly two.) Need For Speed on the Pre doesn't seem quite so far-fetched anymore, now does it?

... rumor is that 1.4 will support native applications - to the point where there may be a native SDK available for everyone. i have seen the NativeSDK - it does exist; it needs work in it's current form - but we'll see what the future is for these devices.
--
Aaron Ardiri
PalmOS Certified Developer

Ok, I have faith in Palm again with this move. However, they need to have a platform that doesn't require a carrier deal like the iPod Touch to make a very good gaming platform. StyleTap came close but IMO a combination of executive ethics, financing and botched distribution deals did them in.

Not a surprise - I've been predicting native application for a while now...
http://www.palminfocenter.com/comments/9950/

As a poster on another site said (and I agree with), CES content looks pretty clear if you put different pieces of info together.

On the software front, I'll be surprised if we don't see webOS 1.4 (or maybe they will call it 2.0) announced. It will allow for/bring native gaming, Flash, and Docs2Go.

On the development front, Palm may preview/release the native SDK, will plug Ares, and Mojo development. They will plug the increase in apps to >1000 and that the app catalog is no longer in beta.

They will announce Pre Plus and Pixi Plus on Verizon. The Plus for Pixi is wi-fi. For Pre, we don't know yet - my guess is, at a minimum, more memory given that Pixi and Pre are the same at 8GB currently. Pre needs more to continue to be the high-end smartphone of the two.

Other hardware announcements... If there is one, I would speculate on an iPod Touch competitor (for gaming/music - would be sold carrier-less at retail stores) or a keyboardless phone form factor. Either one of these would further fill out their lineup. A larger size MID form factor could be a wild card. A tablet, eReader, or Foleo 2 (with a new name) is an even more extreme possibility (possible but unlikely). Tablets and eReaders would require a publishing connection - though they were into publishing before selling the business to Barnes & Noble, they aren't anymore and it would be tough to rebuild that from scratch at this point. The world has changed at lot since the time when Foleo 1 was announce - the Netbook market is now saturated - I don't see that Palm would want to do anything in that market anymore.

it's good to see webos inching towards a native sdk.

I'd guess that, unlike the wishes of others, not everything can be done with JavaScript.