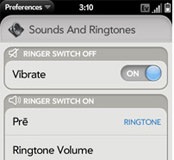 The Font Bureau, a Boston based typographic firm, has announced that they designed and developed a set of fonts specifically for the Palm Pre and WebOS. The fonts, named Prelude, were designed by Font Bureau co-founder David Berlow, who has also developed fonts for Microsoft and Apple.

Prelude is an original sans serif design of simple, generous letterforms which provide a clear, comfortable, and inviting experience for navigation and readability. A family of six fonts was developed for the Palm Pre. A related set of fonts, named Apres, which are tuned specifically for use in print and marketing, were also developed by Berlow and the Font Bureau. 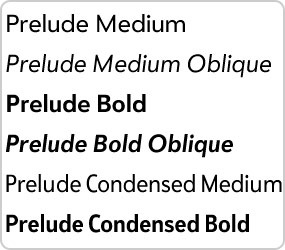 Noted publication designer and consultant Roger Black, of Roger Black Studio, Inc., consulted with Matías Duarte, Peter Skillman, and the Palm team on the project. When it came time to select typefaces for the Palm user interface, as well as the web and print branding, Black suggested developing custom solutions with Berlow, a long-time collaborator.

"David Berlow has worked on the fonts for all kinds of screen and print uses," said Black. "It makes sense that Palm turned to him for the fonts for their potentially revolutionary operating system, webOS.

"As the name suggests, the Palm's webOS is based on web standards. With David's unrivaled understanding of these standards, and Palm's dedication to a high quality solution, the Pre is able to deliver an obvious improvement in readability  as well as bringing a consistent and stylish visual experience to the user."

Thanks to engadget for the tip.

over looked aspect of OS

There were no comments on this for Days which leads me to the point. Fonts are Hugely overlooked! What would an OS be without a new cool font?