TealPoint & Normsoft on webOS: It's Great, But We Want C

The biggest potential sticking point for developers on Palm's new webOS is the lack of a "low-level" SDK. While the HTML/CSS/Javascript-based Mojo SDK should prove to be a boon for the development and porting of web-integrated applications, it's becoming increasingly apparent that Palm will also eventually need to offer a more "down-to-the-metal" approach to webOS development, such as C, which is essential for intensive applications like movie players or 3D games. Palm Infocenter has spoken with two long-time PalmOS developers, TealPoint and Normsoft, in order to probe the issue a little deeper. Hit the jump for their thoughts.

TealPoint, in addition to being an original Palm OS favourite, were also one of Palm's third-party partners on the ill-fated Foleo. The company had nearly five apps ready to go for the Foleo at launch. TealPoint president Vince Lee offered the following answers to our emailed questions: 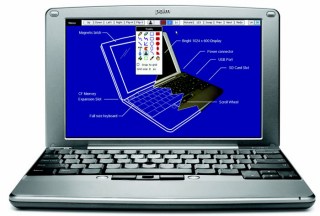 Vince Lee: I am actually very excited about the WebOS platform, mostly because it puts Palm back into the game.

PIC: Have you had a chance to work with the Mojo SDK at all?

VL: Even though we are a premier developer and I myself was brought in early on other Palm products (like the Foleo), the Palm Pre and WebOS was as much of a surprise to us as anybody else. We, unfortunately have no experience with the new SDK or any information that Palm has not stated publically.

PIC: While webOS is Linux-based, Palm has stated that applications for the device will be created with commonly-used web technologies, like HTML/CSS/Javascript. Do you think this approach will be in any way restrictive for developers such as yourself? Or is it the other way around - by using such well-known languages, it will actually make the development process easier?

VL: Regarding the HTML/CSS/Javascript basis for WebOS development, this is not particularly appealing to us as we do not program extensively in those technologies. Furthermore, TealPoint has an extensive body of existing code previously written in 'c' for the PalmOS, Windows Mobile, and Foleo platforms, and it would be a great loss to have to abandon all this to rewrite code from scratch.

We are optimistic, however, that Palm will eventually offer some sort of native SDK for WebOS, as it is impossible to write low-level movie players, 3D games, and similar cpu-intensive applications without one. Since many former members of the Foleo development team undoubtedly worked on WebOS, we're hoping that they release a WebOS SDK that resembles the Foleo SDK which which we're very familiar.

As a final note, it seems likely now that the release of the Palm Pre will cause us to make a major course change in our company direction. With the recent decline of the PalmOS software market, we had recently been ramping up an iPhone development effort. However, we've been frustrated with Apple's Mac-only development environment, non-standard language (obj-c), and Orwellian product restrictions that allow it to block any product at any time for any reason, potentially wasting months of our development expense at their whim. Because of these reasons, if we can get hold of the WebOS SDK soon, we'll likely drop the iPhone in favour of it.

Everyone knows Normsoft: their excellent, multiple-format-supporting Pocket Tunes music player has been bundled on all the recent Palm OS smartphones. Like TealPoint, they were also partners with Palm on the Foleo. Tim Norman gave the following responses to our emailed questions:

Tim Norman: Palm really seems to have nailed the hardware and user interface on the Pre. It looks like a spectacular device. We were doubtful they could bring out a phone that could compete with the iPhone but it looks like they've done it. 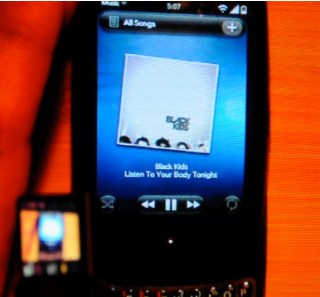 PIC: While webOS is Linux-based, Palm has stated that applications for the device will be created with commonly-used web technologies, like HTML/CSS/Javascript. Do you think this approach will be in any way restrictive for developers such as yourself? Or is it the other way around - by using such well-known languages, it will actually make the development process easier?

TN: Our applications have always relied on the ability to run native code on the device. For example, adding WMA support (like we do with Pocket Tunes on the Palm and iPhone) is simply not something you can do in a scripting language like Javascript or Java. So Palm's decision to go with HTML/CSS/Javascript will certainly restrict the number of things that can be done on the phone. That said, most developers don't need that level of access. If Palm is being truthful that all their apps are written using their own SDK, then it seems to be a capable environment.

Stay tuned to Palm Infocenter for more developer opinions as we receive them.

it looks like the Pre/WebOS already has a bundled music player, video player, and security app - among other core apps. so why does anyone need these guys? it looks like palm either chose other partners to develop their core Pre apps or they built them themselves in-house.

i guess the days of milking the same tweaked prc for $20+ plus incremental upgrades is over.

who moved my cheese? only the paranoid survive.

While everyone at Palm refuses to compare them to Apple and the iPhone, they are following Apple's business model. The Pre is being marketed more and more like a consumer electronics item and less of a computing platform.

When the iPhone came out, there was many screams for "Where is the SDK!?!" and they responded a year later. My guess, and this is only a guess, is that the final OS that will ship on the Pre that was announced is not stable enough to handle third party native apps. It can only run script-based languages since that is more isolated from the rest of the OS.

My crystal ball tells me there will eventually be a C-level SDK but not 'til the next major OS upgrade that will be released as either an upgrade or in a newer model Pre.

so why does anyone need these guys?

We'll find out for sure at launch - but Windows Media file format support might be one thing to look out for (no WMV or WMA so far, which could be a bitch for some streaming. Plus I have a few odd WMA files scattered throughout my music collection). That music app looks pretty bare-bones - does it have an equalizer? does it support internet radio? Crossfading? what's the audio quality like? I might be up for a webOS version of pTunes if I don't get the answers I want there...

And as for TealPoint - check out http://www.tealpoint.com/software.htm - they make tons of apps. Useful to have such prolific developers on board.

>it looks like the Pre/WebOS already has a bundled music player, video player, and security app - among other core apps. so why does anyone need these guys?

Well, the PalmPilot "already had" a bunch of built-in apps, too. Including games (was it "minefield"?). But for some reason we still gave TealPoint, Normsoft and the rest plenty of our hard earned cash. Sometimes even allowing some developers to play the "churn" on "upgrades" (updates).

What made the PalmPilot grow into the Treo was the innovative third party developers (and hardware manufacturers) that made it more useful and pushed the boundaries of the hardware so we eventually have a phone merged with a PDA fairly well. And developers like Iambic have pushed the integration BETWEEN the PIMS and other apps to the bleeding edge (they can't even get it stable!).

If the iPhone only came with their (weak) PIM apps and a couple games plus a music player, doubtful they'd get much hype, even from their fanboys. The Pre appears to have some very serious shortcomings already, and the developers that are pushing Palm to think straight about the long term are doing us all a favor if we end up sticking with Palm.

It blows my mind that Palm didn't even consult with developers before releasing the Pre and new OS. At least they could have helped Palm come up with a better name...

Streaming Internet Radio is a must for me. There are lots of media players out there, but Pocket Tunes is the only program that handles mid-stream calls with good remote control of bluetooth Stereo Headset on my Treo 755P. I will definitely NOT migrate to the Pre until I am guaranteed a robust Internet Radio streaming program.

Agreed, PockeTunes is pretty good. One big problem comes up when Palm installs software into the internal ROM and just leaves it there to die. Every single update needs to be sitting in RAM anyway, and the ROM version interferes with the current one (Google Maps, Docs to Go, and Pockettunes are a few off the top of my head). ROM updates from Palm seem to never bother including any refresh of the sadly out-of-date ROM versions of third party apps they originally included.

All Palm needs to do is supply a decent OS coupled with well-spec'd hardware and some basic PIMs, and leave the specialization and customization of software to the neurotic developers to push the envelope. If Palm insists on including extra software, please dump it on an FTP site in the "cloud" and let people pick and choose what they want on their device, and to control the update process completely.

Yup, that's what Microsoft is kinda/sorta doing already with all of their "Live" apps and that aspect will definitely come to the forefront with Windows 7. Streamlined installs & lightweight OS installs for those that want it on, say, a netbook vs. the "whole hog" package for those who want it on their powerhouse desktop with oodles of storage space and CPU cycles to spare.

Sure would be nice if Palm & their carrier overlord(s) Sprint gave us that option, huh? Or even just offered the possible of (free or paid, I'd be glad to see either) ROM updates to existing devices!

>>>At least they could have helped Palm come up with a better name...

I'm sure Elevation had the bucks to go to one of those companies that design names.

I would have chosen a different one on the list. Unless all the rest were rotten too.

I liked "Veld". Remember that one from a few years ago?

What is the 'cloud'?

Mostly smoke with a lot of empty space, too.

Rumor has it that a few mirrors were seen as well but, actually, not much more though the fawning gushes present Web-wide would suggest something more substantial.

All this based off no Dev experience with the SDK...

While I know these guys are champions in the PalmOS space (myself being a paying customer of several products), I think this interview was a little premature. You could make a call to a function that corrupts low-level memory if Palm so chooses to expose that to the Javascript libs. I think people are misunderstanding exactly what it means to use HTML/CCS/JS as the programming language. All the built-in apps use the technology, and I'm certain that if someone like Normsoft, Datavis, Tealpoint wants to write a killer app that requires a lower-level call, they'll work with them to make it happen (with some code approval process, I'm sure).

Like I said before, I'll take stability and getting the new product onto the market with a good name in exchange for a few less low-level apps. I trust that Palm will strike a balance between Apple's model, and the wild wild west days of PalmOS. Give it time guys, these Devs haven't even used the SDK yet :-)