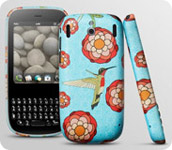 Palm must be pleased as punch at the substantial amount of press coverage that their latest webOS-powered smartphone, the Pixi, has generated. The Internet is abuzz with chatter, although it is not all unanimously positive. Praise for the thin form factor and exposed QWERTY is common, but the smaller screen and lack of Wi-Fi has attracted a fair amount of grumbling, too, and the decision to make the announcement one day ahead of an expected deluge of Apple news in the wake of today's iPod press event is also being questioned.

Read on for our full round-up of the buzz!

Meanwhile, the site that penned the infamous open letter to Palm after the disastrous Foleo announcement has their own hands-on experience to report, with the talk-show-schmoozin' Joshua Topolsky also posting a number of videos and impressions. Most intriguing of all to your correspondent is the video demonstration of the native Facebook app, which whilst bare-bone also looks great for what it does.

Money quote: "webOS makes clever use of the cramped space by squashing card and app sizes down to fit. It's a tremendous example of the UI's literal scalability." 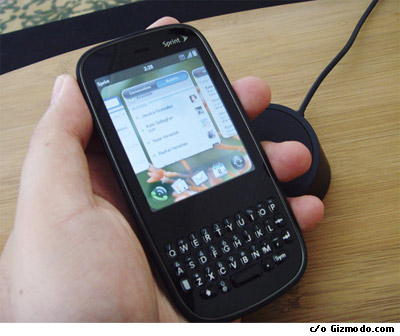 Jason Chen is our canary in the coalmine here, and while not outright negative seems a little less impressed than the others. A number of lovely high-resolution photographs are to be found in this piece.

Money quote: "But when asked about whether or not you can run the same number of apps simultaneously, multitasking, as on the Pre, I was once again met with what amounted to "no comment." Think of it like a less pricey computer."

The blog that covers all things startup-related appears flat-out sour on the Pixi's prospects, with John Biggs especially critical of the lack of wifi and mystified over the timing of the announcement.

Money quote: "WebOS is a contender but with phones like the Hero and the Tattoo appearing on the horizon and HTC really taking a a hard look at its competitors  and eating them  Palm may be barking up the wrong tree."

Our friends at PreCentral were fortunate enough to be given an advance demonstration in California of the Pixi yesterday, with Dieter Bohn and Derek Kessler publishing a number of different pieces on the diminutive smartphone: there's hands-on video, an analysis of the specs, a photo gallery and commentary on Palm's chutzpah in announcing big news so close to Apple.

Money Quote: "I tell you: I am sorely tempted by the Pixi. Yes, it's not as powerful as the Pre. Yes, it lacks WiFi. Yes, it has a smaller screen. But the always-there keyboard and the blissfully tiny size are compelling."

Tech Trader Daily notes than an analyst has downgraded Palm on the news of Pixi's Sprint exclusivity, asking "What, Sprint Again?"

CNET has a brief piece (although without much new to say) and a photo gallery of the official pics.

BusinessWeek has some interesting speculation from an analyst, and prognosticates on the reasons behind the accompanying Pre price cut.

The origin of the name pixie is uncertain. Some have claimed that it comes from the Swedish dialectal pyske meaning wee little fairy.

who came up with that name? Colligan???

Glad to see yet more life from Palm today. But, if you had the choice would you choose Pixi or Dixi? :-?

RE: Pixi or Dixi?

That's nice, Pat - but for true Nirvana you shoulda photoshopped in a D-pad. ;)

RE: Pixi or Dixi?