Interview with the Departing Jon Rubinstein

The Verge has posted an interview with Jon Rubinstein, freshly-departed from HP. Some of the highlights discussed in the surprisingly frank interview include the timeline previously set in place for Rubinstein's departure from HP (12 to 24 months). According to the interview, Ruby was planning on leaving HP even prior to the TouchPad launch. He politely refused to discuss the "things that didn't work out the way everyone expected" aside from the CEO churn during his not-quite 2-year tenure with HP (Hurd, Lesjak, Apotheker, Whitman). He also states that that "HP wasn't in good enough shape on its own to be able to support the effort", speaking in terms of the capital outlay needed to perfect WebOS and its accompanying hardware and ecosystem.

Long-time PIC readers may recall the story of former Palm CEO Ed Colligan plucking Rubinstein out of his semi-retirement poolside in Mexico (illustrated in this article from 2007) and it's to this tranquil destination that Ruby has returned for "some time off". The "Podfather" is still using his HP Veer and expressed no desire to head north and try to rectify the problems at RIM.

Culminating many months of silence from the former Palm CEO, All Things D is reporting that Jon Rubinstein is leaving Hewlett Packard, effectively shutting the book on one of the last vestiges of the old Palm guard at the company. This news comes just two days after HP's announcement of their WebOS open-source timeline.

The All Things D article goes on to state that Rubinstein has "no immediate plans" and the departure comes on the heels of his fulfillment of a 12-24 month commitment to stay onboard with HP in the aftermath of the Palm acquisition in 2010.

The article concludes with report that Rubinstein's departure is no great surprise, as he had not been seen on HP grounds after last summer's groundbreaking decision by ex-CEO Leo Apotheker to discontinue HP's WebOS hardware products.

HP today made a number of announcements regarding its plans to open source the WebOS operating system. HP has released a detailed schedule for releasing components of the OS with the full source available by September.

In addition, the company has released version 2.0 of the Enyo developer tool. Enyo 2.0 enables developers to write a single application that works across mobile devices and desktop web browsers, from the webOS, iOS and Android platforms to the Internet Explorer and Firefox browsers  and more. The source code for Enyo is available today, giving the open source community immediate access to the application framework for webOS.

HP has released new round of webOS updates for the HP TouchPad, Pre 2 and even the officially unreleased Pre 3 smartphone. The free updates are available now as on device over the air downloads.

webOS v3.0.5
TouchPad users will be receiving webOS 3.0.5. This TouchPad update offers users faster switching in Calendar views, IM presence indicators and faster scrolling in Email, support for HTTP Live Streaming, the ability to easily toggle auto-correction on or off, and an option you can set so that a period will be inserted when you press the space bar twice. Further details can be found here.

webOS v2.2.4
Unlocked Pre 2 and AT&T, Verizon, and unlocked Pre 3 phones will receive an update to. For Pre 2, this update brings improvements in Skype voice calling and messaging, and MAP for Bluetooth. For all devices, you'll find Messaging, Calendar, and Contacts enhancements. 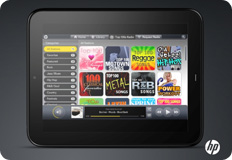 The dust has not even settled on today's mega-announcement from HP to open-source WebOS and we already have some new info straight from the mouth of CEO Meg Whitman and board member Marc Andreessen (of Netscape fame) regarding a possible return to WebOS hardware in the future from HP.

The Verge conducted a sit-down interview in with Whitman and Andreessen earlier today about the future of WebOS, both as an ongoing open-sourced project and as the possible basis for future HP Tablet hardware.

For the time being, only a few excerpts from the full interview have been posted. In short, Whitman stated that yes, HP would indeed be revisiting WebOS tablet hardware but stopped short of committing to it in 2012 or later. She went on to state that the team is going to be reorganized in "a quite different direction than we've been taking it in the past". Presumably this will be a much sleeker, highly-competitive piece of hardware compared to HP's mediocre TouchPad that was seemingly launched as a barely-updated response to the 18 month-old first-generation iPad.

HP has just posted a press release detailing its decision on its future plans for the webOS platform. In short, the company plans to open source the webOS software but is noncommittal on any future hardware plans.

HP says they will make the underlying code of webOS available under an open source license. Their desire is for developers, partners, HP engineers and other hardware manufacturers to work on the project to deliver ongoing enhancements and new versions. HP also will contribute ENYO, the application framework for webOS, to the community in the near future along with a plan for the remaining components of the user space.

"webOS is the only platform designed from the ground up to be mobile, cloud-connected and scalable," said Meg Whitman, HP president and chief executive officer. "By contributing this innovation, HP unleashes the creativity of the open source community to advance a new generation of applications and devices."

Just when you thought it was safe to start your holiday shopping for an Android or iOS-based tablet, HP has announced a curious return of the fire sale TouchPads, albeit as a slightly less attractive offering than what was offered during the original August blowout.

Beginning December 11th at 7PM Eastern time, HP will make a limited quantity of refurbish 16GB and 32GB TouchPads available through their eBay store. In addition to the two tablet SKUs at the previous $99 and $149 price points, HP will be offering a bundle consisting of a case, TouchStone charging dock, and Bluetooth wireless keyboard for $79.The timing for this clearance sale is new especially intriguing in light of the announcement expected for Friday, December 9th on the fate of WebOS. Thankfully, the purchase of a companion HP PC is not required.

Whitman: HP to Decide on WebOS Within Weeks

According to a new report from AllThingsD, HP's CEO Meg Whitman is about ready to end the ongoing saga over the uncertain future of WebOS within the next two weeks. Speaking to a French newspaper, she reportedly revealed:

Q: What will you do with your operating system webOS?

A: We should announce our decision in the next two weeks. This is not an easy decision, because we have a team of 600 people which is in limbo. We need to have another operating system.

The original interview, in French, can be found here, or via Google Translate if you prefer.

After nearly three months of uncertainty, it looks like the other shoe may be ready to drop for HP's WebOS decision. A Reuters article reports that HP is in talks to sell WebOS to any of "several" unnamed suitors. Assisting HP in the decision to keep or sell the WebOS/Palm GBU is Bank of America Merrill Lynch. Reuters does not mention a specific amount other than "hundreds of millions", which is far below the $1.2 Billion that HP originally paid for Palm in April of 2010.

HP Holding All-Hands Meeting Tonight on WebOS Future
The story has just taken yet another twist as an anonymous tipster has revealed to Precentral.net that an all-hands meeting of the WebOS GBU has been called at Palm's Sunnyvale HQ. According to the report, HP's newly-appointed CEO Meg Whitman and current SVP Jon Rubinstein will both be in attendance, a move that some are speculating is a harbinger of some potentially positive news. Of course, HP may also simply decide to shutter all WebOS-related operations. 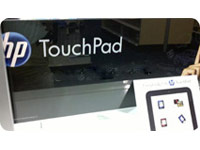